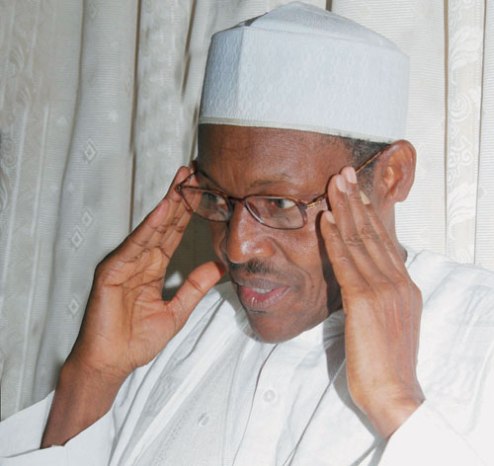 These days, almost every Nigerian with a computer keyboard and the ability to formulate any sentence in English (no matter the quality) is a political analyst. Such self-styled talents and geniuses parade themselves on private blogs and postings on the social media drawing often, primitive and substandard conclusions on matters of serious political relevance. On the face of it, this shouldn’t be a problem to any actor and participant in the democratic process. After all, freedom of expression is a fundamental column of the democratic edifice. It does not forbid grammatical blunders. It does not forbid the poor command of any language of choice. Yet there are limits that every informed mind is also fully aware of. Slander and treason are very popular limitations to freedom of expression. But we’ll come to that later.

As already stated above, no one would ordinarily care about the rascality and disingenuousness of the several millions of “certificated illiterates” (to quote Pat Utomi) littering the Nigerian social media scene, were it not for the inordinate exploitation of this mean manifestation of emptiness by interest-prone politicians. Since the last presidential elections that produced retired General Muhammadu Buhari as President of Nigeria, the social media have witnessed a stark proliferation of self-ordained political gurus and masters of political intelligence. They seem to have no other function but rabble-rousing to the detriment of intellectual growth and personal maturity. They never engage in debates for the academic exercise of learning and teaching i.e. giving and taking as it were, but furiously seek to impose their own will on dissenting voices while drawing support from like-minds in a comfort zone that reassures them that they are right on track.

Then you realize the game of sponsorship that was launched by former President Goodluck Jonathan that culminated in the appointment of a Special Assistant on New Media. The Special Assistant recruited foot soldiers that were planted in every critical online forum to glorify mediocrity with a level of commitment that bordered on submission to the guru of a doomsday sect. They paid websites to scuttle critical thinking and sing the praise of government. To them, life began and ended with Goodluck Jonathan and the mindset with the consistent construct of a skewed and very badly calibrated perception of reality persists till the present day.

Unfortunately, however, there is a new kid on the block. Since Olusegun Obasanjo (no matter what view anyone may hold about him), Nigeria once again, has in Buhari’s leadership, a government that is set on a clearly defined course. Like Olusegun Obasanjo, I have my doubts that Muhammadu Buhari ever reads Nigerian newspapers. I have my doubts that Buhari has the time to care about petty naughtiness and trivialities on Facebook and Twitter to warrant the waste of public fund on the appointment of Simlins and Renos.

Today, government is being showcased with more sophistication and less volubility. There are no more gutter languages from purported medical doctors functioning as presidential mouthpieces or certificated Abatis, with little clue on media ethics and professionalism. Today, public pronouncements by government spokesmen are terse, professional and to the point. No ranting on perceived enemies. No more incitement of President to fight the wrong enemies for personal aggrandizement.

Precisely this quality now seems to be going down as a sign of weakness in the minds of the gullible rabble-rousers and losers in the battle of “yesterday’s men”.

Yet the new President is not wholly without guilt. While the uncouth agitation of political enemies that are bent on testing the limits are often allowed unfettered grounds in the name of upholding the principles of constitutional democracy, President Muhammadu Buhari, is today, also partly being haunted by his own political past that bears a baggage of bitterness and recklessness.

There are very many who believed for good reasons too, that the misuse of Boko Haram at the turn of the millennium was predicated on the notion of making Nigeria ungovernable to a Southern President. Top on the list of frustrated politicians at the time, was retired General Muhammadu Buhari who was kept away from the seat of power in elections that were contrived by both sides with the stronger getting his own will. Comments are not hard to come by, which showed Muhammadu Buhari at the time, as spreading the protective cover of fellowship over Boko Haram. The comments “An attack on Boko Haram is an attack on the whole of the North” was attributed to the former General at the time. This adds up to previous pro-political sharia comments of all shades and color that sought to destabilize the government of former President Obasanjo. Nothing is known (at least in public) if former General Muhammadu Buhari walked the talk at any point in time and did anything to actively build-up such anti-stability forces of evil.

In the end, Boko Haram grew out of the control of those who founded and funded it, those who pampered it as well as those, who ignored it. In one case, even Muhammadu Buhari had to thank his stars that he did not end up a flattened victim under the rain of Boko Haram bullets.

Today, obvious plans by those, who probably seek to make Nigeria equally ungovernable to a Northern President is clearly manifesting. The attempt to give Muhammadu Buhari his own taste of Boko Haram seems to be playing out in a carefully orchestrated but self-defeatist game of wits in Eastern Nigeria featuring miscreants and hoodlums, who hardly have a clue what the war of secession entails.

In all of these, the President’s slow pace of action often plays into the hands of the professional architects of mischief. Every blacksmith who knows his onions will always recite the old saying to anyone who cares to listen, “strike the hammer while the iron is hot”. For some reasons, however, President Muhammadu Buhari often prefers to strike the hammer when the iron has tremendously cooled down and stiffened beyond bending.

Bukola Saraki ushered in the new era of change with a taste of rebellion against his own party. The President had all it took in the world to send a strong message to such extreme and unprecedented acts of rebellion against the party and his personal authority that embodies the presidency. While the subsequent but legitimate prosecution of the same individual may be seen as a slow and steady approach at achieving sound results, it also has the collateral impact of forces teaming up against him to test his resolve and the length he would go. If the information available is accurate and anything to go by, one Justice John Fabiyi with the collaborative influences of Belgores and other Justices are firing the warning shot.

The uncouth, uncultured and wayward character personified in the name of Fayose is well known to every observer of political events as a resounding misfit in the comity of decent politicians. If anything, his thug-like composure and conduct, which fit better into the activities of the Association of Road Transport Workers are least desired in a serious world, where the business of governance is conducted. In the characteristic thug-like disposition, the fellow single-handedly dislodged the function of a state legislature with the force of gangsterism. Yet Muhammadu Buhari let the time slip by, to send the rascal the strongest message possible and place him where he truly belonged. Now, he takes very little steps further every single passing day. The military investigation of electoral malpractices that may end up indicting the process that brought Fayose to power may come too little too late with an unholy example disbursed to evil fighters probing for avenues to resist the well-intentioned onslaught of a democratic convert.

All-in-all, President Muhammadu Buhari talks less and follows his path regardless of slanders and abuses in a manner that would remind everyone of Olusegun Obasanjo’s approach but with a more pronounced touch of democratic leanings. This is now pushing skeptics to ask the crucial question if a nation as disorganized and lawless as Nigeria will understand this language of controlled decency. In spite of early promises of a wave of prosecution of corrupt individuals, six months on, there seems to be no distance covered amid the gyre and motions. On the contrary, critics now fear that the President may have buckled under the noises of Kukahs and fools.

The aggressive drive that many thieves and saboteurs feared in their initial reaction to the now infamous ‘body language’ is fast dissipating and individuals seem to be finding their ways around it in a language summarized by an Agbero Governor that “Buhari is, after all, also a human being”.

Quiescence and a well-meaning constructive design to install political decency now seems to be making way for heightened rascality and the resurrection of decaying agents of trouble and professional waywardness. Whatever happened to regular intelligence gathering to say the least of military intelligence that no one saw funded and orchestrated upheavals brewing underground? Demonic characters such as Asari Dokubo, who should have long been confined to spaces of their peers in a determined and pro-active disposition, may now be unwittingly allowed to get up to no good again as Jonathan did Boko Haram.

Muhammadu Buhari obviously lacks the talent of nipping issues in their bud and clamping down hard also within the confines of constitutional democracy. If anything, Nigerians fear decisiveness and resolve the most. If the President fails to change course anytime soon and run out his claws and teeth for the sole purpose of deterrence, he will end up being overwhelmed by issues creeping up one after the other and in different regions such that he will hardly know where to begin. The need to make an example of representative figures and instances cannot be over-emphasized if President Buhari is serious about making any meaningful impact within his four-year tenure. How quickly time passes will dawn on him sooner than later.