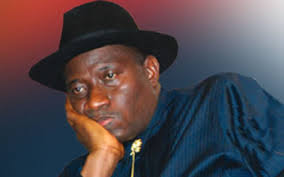 When news first broke out that the secondary school leaving certificate of the presidential candidate of the opposition All Progressives Congress (APC) was to become a campaign issue in the Nigerian presidential elections, every right-thinking Nigerian dismissed the idea out of hand and considered it a huge joke. After all, the retired Major-General was not running for the Presidency for the first time. The supposed joke soon developed into headline news, became talk-of-the-town and subject of a satirical musical denigration before finally ending up in court in surrogate litigation. It was the continuum of a desperate bid to secure the return of the incumbent President for a second term in office.

In the course of the malicious propaganda drive applied exclusively by the ruling party of President Jonathan that attempted to utilize all forms of dirty tricks in the hope that one would stick, an obviously outraged aide to the President’s Senior Special Assistant on Public Affairs came up with very angry verses transmitted through the Blackberry Messenger. Mr. Deji Adeyanju left no doubt about what he considers the sheer unthinkable option of a Buhari Presidency in a democratic Nigeria. “Buhari can never be President of Nigeria. Quote me any day, any time. A military coup will even be allowed than for Buhari to become the President of a democratic Nigeria” Conclusively, he repeated “Quote me any day, any time!”

More than a fortnight has passed since campaigns for the coveted office of President was launched in Nigeria. Again another joke is brewing in the political horizon.

Media information is simply not going away insinuating that the President of Nigeria is mulling several incredible options to short-change the democratic process if he is unable to stop the present momentum from translating into palpable electoral gains for the ex-General of the opposition party come February 14, 2015. In testing the waters to feel the depth of public reaction, the President had obviously delegated a junior Officer in the person of his National Security Adviser, Sambo Dasuki to call for the postponement of the elections that is due in barely 10 days. The ensuing aftershock reverberated far beyond the shores of the Federal Republic of Nigeria.

Unfortunately, one cannot help but live with the impression that Nigerian politicians have failed to draw any useful conclusion from the Wikileaks scandal of 2010. At least we do know today, thanks to Julian Assange, that the foreign diplomatic missions of major powers all over the world are hardly anything else but intelligence-gathering stations. It did not seem to have dawned on Nigerian politicians that the election campaign was and is still being monitored closely by foreign agents with reports wired back home by the invisible observers of the United States and the European Union covered by diplomatic immunity.

In the end, the Secretary of State of the United States had to squeeze an unscheduled visit to Nigeria into his itineraries. In the ensuing consultations that saw him meeting with the President and the opposition candidate on Nigerian soil, he successfully extracted assurances from both sides that the presidential election will be peaceful and above all, will not be postponed. The President gave him his word and no government functionary came out ever since, to call for the postponement of the election. With knowledge of how such meetings are held however, every objective observer will report of stern warnings and coercions that the strong often uses against the weak.

As the days pass by, it has become obvious that the President is losing more following in a groundswell of public disenchantment with his image and general performance since the past six years.

In place of government functionaries, investigative reports now do the talking and the gist just won’t go away, that the postponement option is still very much on the table if other options fail.

Other options are the judicial disqualification of the opposition candidate in cases filed by surrogates of the President himself while the threat that was messaged by Mr. Deji Adeyanju has suddenly taken center stage all over again. The military may be allowed to take over government rather than permit the handover of political power to the ex-Major General of the opposition in an impending and largely forecast landslide victory. In an Obama-type juggernaut cruise, the momentum and pendulum that have unmistakably swung the way of the opposition is bringing out a degree of massive desperation in the President’s camp that transcends all the imaginations of any mortal observer.

The truth however is that all the options on the table mean trouble for the incumbent President no matter the choices made. In the characteristic fashion that has defined the Presidency of Mr. Jonathan for the past six years, a realistic appraisal of the prevailing situation with a view to working out the best solution in the interest of the country doesn’t seem to be a choice to make. The belief and trust in the power of incumbency seems to be so massively exaggerated in the President’s camp that a defeat seems to sound like a sacrilege in their ears particularly if that defeat is suffered against the man called Muhammadu Buhari. For this reason, national interest is sacrificed at the altar of personal ambitions to keep the clique feeding fat.

Given the bitterness and desperation with which the campaign has been prosecuted so far by the President’s men (with chains of trivial muds thrown at the opposition candidate unnecessarily), it will be difficult to appeal to a sense of goodwill and benevolence on the part of General Buhari if eventually, a smooth transition is enforced by any chance. On the other hand, should Major-General Muhammadu Buhari get disqualified by any corrupt and compromised judge (that is not hard to come by in today’s Nigeria) in spite of all the clarifications offered so far, not only by the secondary school attended by the candidate in his childhood days but also by Cambridge University, which was a major player in the high school leaving examinations of those early years after independence, Nigeria will surely descend into uncontrollable anarchy. The fuel subsidy protest of 2011 will be a child’s play in comparison. In the end, the merit of the case will be of no interest to any single person anymore in and outside the country since the plot is known to be a deliberate design of the incumbent power to perpetuate itself in office.

Furthermore, if the President’s tribal companion and hatchet man General Kenneth Minimah who was elevated over forcibly retired senior officers into the position of Chief of Army Staff to guard the President’s back, takes a shot at a military coup d’etat, he will have to march over hundreds of corpses to consolidate whatever power he may have left. He will quickly realize then that Nigeria in front of the United States of America does not command such strategic importance as Egypt does to get away with the massacre of innocent civilians in the name of securing and consolidating political power.

It is true that there is hardly any world power, for which Nigeria commands so much importance as Cote d’Ivoire does for France. It can therefore be safely expected that no country will march into Nigeria to arrest Goodluck Jonathan (like France did in Cote d’Ivoire to arrest Laurent Gbagbo) if Jonathan plunges Nigeria into chaos for his own selfish ends. Yet there are several countries that will not fold their arms and watch Nigeria disintegrate. Intelligence gathering has already armed several key countries with all possible and plausible scenarios that may unfold under the heightened tension unwittingly sowed on Nigeria by Goodluck Jonathan.

The fear of the scale of his involvement in large-scale corruption that has now enveloped Nigeria and his involvement in the atrocities of Boko Haram that Jonathan probably fears will be unveiled by Muhammadu Buhari will be hastened with even more intensive consequences if collaboration with foreign forces finally enforce the defeat that Jonathan will ultimately suffer.

In each of the scenarios that may play out in the aftermath of Jonathan’s unavoidable defeat, armed resistance by his militants that he has so well equipped with weapons that he has denied the Nigerian Army, will be crushed with the help of foreign alliances despite misleading and superficial successes they may achieve at the onset. How quickly warships can be destroyed with missiles that are remotely fired from a comfortable distance will be realized by these illiterate perpetrators and probably awaken the much needed sobriety in the consciousness of these intoxicated sons of Jah-most-high in the Marijuana creeks.

Today, the magic that the presidential election has worked is made manifest in the sudden permission of 7,500 armed fighters of the African Union into Nigeria in its battle against Boko Haram where American military trainers were unceremoniously kicked out in controversial circumstances. The fact that the Americans and the Israelis have refused to sell sophisticated military hardware to Nigeria should be warning enough for President Jonathan that the international community has no appetite whatsoever to help the President arm his private army in the creeks of the Niger Delta to the detriment of the Nigerian army. And we know only of these two countries.

In the end, Mr. Jonathan hardly has any alternative to the staging of a free and fair presidential election devoid of any misuse of the judiciary, the military and the electoral commission. He has no choice but to concede defeat on the 15th of February 2015 when he will be declared beaten hands down. Nigeria will not survive international economic sanctions on top of the present hardship endured by the common man to satisfy the political whims and caprices of a single person. Jonathan will end up an international fugitive and a candidate for the International Criminal Court if he allows the worst-case-scenario take hold on Nigeria. Then he may quickly realize how the 7,500 soldiers of the African Union may be quickly bolstered by aids and agitation from all over the world to not only crush the resistance of his private army but also to facilitate his own arrest. Once again, a word should be enough for the wise!

This entry was posted on February 3, 2015 by Frisky Larr.