Premium US Reviews complete review work on “Lost in Democracy” 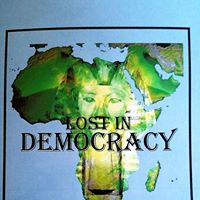 Lost in Democracy
by Frisky Larr
AuthorHouse UK
book review by Michelle Jacobs
“The African continent and Black Africa in particular, has always had a special relationship with the practice of democracy.”

Larr provides an insightful and thorough examination of Africa’s struggle to fully embrace democracy as an authentic form of government. With historical analysis, current observations, and theoretical alternatives, Larr covers a wide range of relevant issues related to Africa’s efforts to sustain democratic ideals of governance. Complexities abound within the mix of traditional African institutions passed down naturally through ancient kingdoms and of foreign Western institutions passed down with force through colonialism. Larr breaks down these complexities with organized chapters that progress thoughtfully and clearly through the past, present, and future. He offers up examples of experiments in democracy from different parts of the world to help clarify through comparative analysis.

The benefits of democracy are clearly espoused in this thought-provoking book, but the reader is challenged to consider the obstacles in place that cause countries to grapple with this seemingly ideal form of government. Larr considers the role of tradition, religion, and education as well as corruption and power grabs on democracy in Africa. Through well-chosen examples and explanation, the author illuminates the limits of democracy while also considering the deep history of early Africa and the searing impact of colonial rule. The current political situation in America has placed a spotlight on democracy, its sustainability, and its brokenness. Larr adds to the worldwide raging debate of whether or not democracy can work. He focuses on the ascent of democracy in Africa, but the revelations are sharp and wise as the world contemplates the role of democracy in the future world order.

RECOMMENDED by the US Review