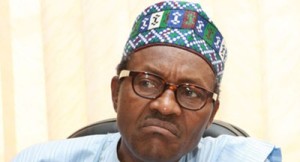 The story of inconsistencies on the part of the President since the birth of the current dispensation is best exemplified by two well-known incidents. The Jibrin/Dogara conflict is one glaring example of the President conspicuously ignoring advertised evidence of corrupt practices while the fight against corruption remains his flagship manifesto. Making no effort at all, to display a sense of neutrality, the President has held several private meetings with the accused, Dogara, while obviously taking no notice, whatsoever, of the accuser, Jibrin. The raid on senior judges to flag off the battle to cleanse the judiciary has been widely reported. Opinions have differed on how best to go about it when it comes to cleansing the judiciary. Reports have been widely circulated, of an impending raid on further judges. Unexpectedly, however, other reports contend that the President has already ordered a halt to further raids on suspected corrupt judges, on the heels of accusations of truncating the principle of the separation of power.

While a section of Nigerians is dutifully and genuinely infuriated at these contradictions and inconsistencies, the other half of the country welcomes the move as a necessary step to calm frail nerves and reduce political tension. While anger at the President’s attitude is centered on his choice to navigate the murky waters of democratic politics with a search for compromises, the hard line image that endeared him to the hearts and minds of genuine voters now seems slowly but steadily compromised.

Not surprisingly, all voices calling for moderation in the fight against corruption are falsely categorized as beneficiaries of the evil act and condemned by angry Nigerians, who seek to have a normal country as the pride of their hearts. Unfortunately, I lay the blame for the confusion fairly and squarely, on the President’s shoulders. We will return to this later.

In spite of all the evils of Goodluck Jonathan in the reign of uncontrolled corruption that he presided over for several years, in spite of all the domestic and international maneuvers of former President Obasanjo and his allies to have a change of government, Muhammadu Buhari would hardly have become President today, if he did not have the incorruptible no-nonsense image that Nigerians identify with him since the days of his military outing with Tunde Idiagbon. No Wole Soyinka would have endorsed him. No Pat Utomi would have jumped aboard his bandwagon.

Once installed as President, Muhammadu Buhari scored his first own-goal by not having a ready list of Ministers and Assistants. Many looked in amazement and wondered what he had done all these years, if he had no clue, who to install in what strategic position? This was a task that should have long been fulfilled with trusted allies, at least, for the key offices that mattered to his flagship commitment, which was the fight against corruption. Instead the President ended up exposing himself to horse-trading with interest groups of different colors to create a bizarre mix of odd bedfellows in his cabinet and inner circle. Yet, we held our peace and thought it was too early to criticize the President.

Never mind the uninspiring emptiness of “belonging to everyone and belonging to no one”. Information filtered out very early in Buhari’s Presidency that he was poised to sell off the over-bloated fleet of presidential jets accumulated by his predecessor. He won accolades and admiration from all nooks and corner until the information turned out to be a hoax. Yet the President did not read the signs on the wall and take positive advantage of popular expectations that would have done him no harm but waited until almost two years later to give the impression of a reluctant move. It was like placing the cart before the horse.

Laudable as it was, that President Buhari launched the fight against corruption by docking a kinsman from his own geographical region (in such a way that no one could credibly accuse him of ethnic bias) in a move that has now become symbolic of the entire battle to sanitize the nation, it was yet again, a case of placing the cart before the horse. Having been a victim of the miscarriage of justice through several years of electoral misadventures, the reason that the President launched his fight against corruption with Sambo Dasuki and not with the judiciary is his own closely guarded secret. It is the cart before the horse.

In his home-base priority of flushing out Jonathan’s ill-fated Boko Haram menace by strengthening the military, he allowed the fight against corruption begin from there in the comprehensible haste to rescue people in dire straits. Yet, many observers believe that the battle could have been flagged off with a concurrent clampdown on the judiciary and the military before extending the routine to the Sarakis and others. A proper homework and preparation would have defined the priorities.

Following the initial fear and intimidation suffered by potential adversaries from his infamous ‘body language’, people soon became simply emboldened by some of their godfathers that they saw around the once feared no-nonsense character and finally seemed to have relaxed and assumed that he is after all, just another kid on the block.

With such a very promising start as docking Dasuki and none other than the self-exalting Bukola Saraki, the President ensured that the charges filed were genuine and authentic ones. Yet, he allowed the intervention of powerful establishment characters derail the process and trap him in the uncomfortable cage of groping helplessly, for answers. This singular face-losing debacle has not only emboldened several predators to dare the once-feared President but it also doesn’t seem to have taught the President any lesson. From Saraki through the red-eyed Wike to the lunatic of Ekiti, the once feared President has become a pastime game for testing audacity.

It is almost a law of nature that total calm will always exist after a cleansing tempest. It happens in the sea. It happens on land. No errant dispensation transforms itself by negotiations or friendly appeals. Transformation is, therefore, always an act of revolution. To stop slavery in America, a war had to be fought. To uplift Singapore from a gutter-type economy, Lee Kwan Yew played it hard and stressed to the world till the day of his death that democratic rules would not have helped matters if he had stuck to them. Singapore is not a western country and the west is not Singapore. Yet, democracy as we know it, offers several opportunities to pull the bull by its horns. It takes proper planning. It takes the will to prevail and drive your own goals.

Muhammadu Buhari rode on a wave of popular support that saw the revolutionary in him. A former military Head of State, who did not compromise on principles, right or wrong. Appeals to stop the execution of petty drug dealers under his military dispensation fell on deaf ears. Criticisms of the ill-fated Sultan and suitcases bounced off him like water pearls on lotus. He stood his ground – right or wrong. Many were, therefore, convinced that he was the badly needed revolutionary to reclaim the country from the vampires of Jonathan and those before him.

Then he came and allowed a mad dog to continue raging and roaming the streets of Ekiti unperturbed. Corrupt judges saw the weaknesses and forced another mad dog down his throat in Port Harcourt. Fingers started pointing at characters within the corridors of power abusing the power. The Abbba Kyaris and other followers started catching the headlines. Yet, the President did not react until Jibrin made it all too obvious and unmistakable. Neutral observers and well-wishers ended up scratching their heads wondering what all these mixed signals portend.

Unfortunately, Nigerians today, have become the best laboratory specimens of the Stockholm Syndrome at play. As if it was no longer about salvaging the nation and straightening the President on his revolutionary course to free him from the fangs of the establishment cabal holding him hostage, some Nigerians directed their anger at Aisha Buhari. Even though there has been no single report in public space that Aisha Buhari has sought to influence her husband’s government or submit names for political appointments, all the Wisenheimers took to maligning her and accusing her of hunger for power. This does not even say the least of opportunistic Buhari haters, who swooped to action to take advantage of the lady’s expression of candid facts that are actually, already known, even to the President’s friends.

The President responded catastrophically as a leader without public communication guidance. Yet, people pointed to the traditional nature of our society. They forget that traditional Africa does not recognize the term “President” to say the least of “First Lady”. If we accept these titles and still expect the President’s wife to be in the kitchen and in “the other room”, then there is something desperately wrong.

Even though the clampdown on judges that should have been done in the very early days of the regime came so belatedly, a section of Nigerians is surprisingly bemoaning the nature of the clampdown and cautioning on the dearth of democracy. One gets the feel that law enforcement should have gone begging the judges and their administrative judicial council cap in hand, to be allowed to move any step near the judges. One gets the feel that Nigerians understand democracy to mean that “everyone is equal but some are more equal” before the law. It sounds so odd that Nigerians expect the chimney to be cleaned without getting stained by the dark dust of smoke. Without blemishes! The new President of the Philippines, Duterte, has said it clearly without mincing words. The State will have to “terrorize the few, who are evil to protect the many, who are good” and sooner or later, the Philippines will be the better for it.

Cleaning the stable is a daunting task that requires strength and vigor. With a dedicated and unflinching progression towards his defined path, President Buhari alone, would have put paid to the entire balderdash gibberish and free-for-all marketplace philosophizing. Alas, he it was, that is reported to have halted further raids on suspected corrupt judges and I strongly hope this is a hoax and that the President’s blueprint for fighting corruption in the Judiciary has been carefully thought-through and will not be subjected to the face-losing influence of the establishment cabal once again.

But I take solace in the words of a good friend, who drew my attention to the fact that President Buhari is like a cat lurking its prey. He grabs his prey and takes it unaware springing from nowhere. The military tactic of not giving away your advantage to the enemy before the break of day should warn Dogara not to stretch his luck too far.

In spite of that though, President Buhari ought to curtail his cozy days with the establishment and break loose from the stranglehold of the visible mafia if he seeks to cleanse Nigeria for real. With a lack of care, the President may end up having caused quite a stir and circular motion without a single movement forward.

But wait a minute! Did I hear someone talk of demons and spirits in the house? The spirit that caused an intellectual U-turn and taught them to wine and dine in the dead of night? My honest regards to Reuben Abati and the gradual death of intellectual awareness.

Watch out for my next book “LOST IN DEMOCRACY” in search of an indigenous African System of Government in lieu of Democracy!