Wither 2013, Welcome 2014: A Year of turbulence and Political Upheavals?

The year 2013 is coming to an end today leaving behind the numerous political troubles and fewer successes of a deeply troubled nation. It requires no fortune-teller to foresee the huge wave of political upheavals coming our way in 2014. Many a time, we have highlighted watershed moments in the history of Nigeria. The year 2007 was the latest in our series of watershed moments. It was the moment President Olusegun Obasanjo moved out of Aso Rock after serving an eight-year term that included a turbulent final 4-year period. The watershed moment that will be ushered-in in 2014 promises however, to surpass all the hallmarks that laid the groundwork for previous forecasts. 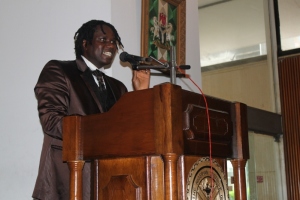 While I do like to wish my readers a prosperous 2014 with hopes of a better political fulfillment and affirmative action to define our destiny, I enjoin every individual to live up to his/her civic duty in a year that will surely demand the best of everyone in political contributions.

More than anything else, the year 2013 has been primarily defined by the battle for the Presidency of 2015 that is yet to be formally flagged off. It is a year that has exposed the daunting efforts of the central government in setting the pace of development for the years ahead. While no developmental breakthrough has yet been achieved in any sector, series of infrastructural projects that are of relevance to the daily lives of the ordinary citizen have been launched and are awaiting completion. Key amongst these has been the privatization of the crucial power sector awakening the hope that competition between private investors will yield dividends for consumers on the longer term. After all, several years of blossoming uninterrupted power supply in the western neighboring country Ghana has served to underscore the shame of leadership that the power sector symbolizes to the yearnings and aspirations of all Nigerians. As in several ongoing construction projects aimed at improving the country’s road network, failure to achieve noticeable results in the power sector in the course of the year 2014, will definitely leave the central government virtually empty-handed in terms of tangible achievements.

Unfortunately however, the focus in 2013 has been largely set on the plotting of strategies and traps across the political spectrum. In a nation that is now basically divided against itself, attention has been shifted almost completely, from the virtues of development to the fear of the survival of the nation as an entity.

Two emerging opposite camps presently symbolize the depth of division within the fragile colonial patchwork country. Suspicion as the keyword has also served to define the consistency in the reasoning pattern and mindset of the opposing camps.

For one camp, the country could have been saved the entire dire straits if only the serving President had simply kept to his word, which from all indications, he may have truly given to confidants in private at the heat of his battle for the Presidency in 2010. The promise that has most likely been informed by the need to court broad-based support in times of electioneering envisaged a regional power shift to the North of the country by fielding only candidates from that region in 2015. The ruling party with the best prospect of winning the Presidency would then have lived up to its internal obligation of rotational Presidency amongst the regions. This camp believes strongly in the correctness and sanctity of its position against all the odds presented by the opposing camp, which accuses it of undermining constitutional provisions through illegal horse-trading. Since the constitution permits any sitting President to seek a second term in office, all private pledges and cult-type horse-trading in any inner room arrangement would be null and void in the spirit of constitutional jurisprudence. Yet, the legitimacy of horse-trading as an instrument of democratic functionalism is not in doubt by any account.

On the other hand however, the opposing camp, filled with anger and suspicion, sees an insatiable appetite for power by the elites of the northern region. Having ruled Nigeria for most part of her post-independent years and been largely responsible for the entrenched culture of corruption and maladministration, all they ask for is just a break for minority groups as well. For the first time ever, a very small fraction of the broader Niger Delta region has produced a leader in the person of the current President. The sheer need to grab the power back to the north is, in the views of the opposing group, driving all efforts to unseat the present leader and not some clandestine backend deal that is unknown to the constitution. On top of it, the Niger Delta region produces the vital commodity which is the mainstay of the country’s economy.

The core of the problem however, is that the incumbent President has done very little to help his case. Kicking off by antagonizing the weakest of his own folks – no matter the good technocratic intentions underlying it – by suddenly removing oil subsidy in a very tricky manner, aroused an early sense of divisive bitterness. It soon became clear that the President was either not willing or did not have the means to take on the strong mafia of the oil sector by implementing measures to kill the regime of fuel importation that would in turn have seen the natural death of oil subsidy. This was later confirmed when the President clearly pronounced one year later that he was too afraid to mention the names of those who he knew to be milking the country dry in the oil sector. He had feared being attacked. Aside the revival of the Lagos-Kano railway line that was killed several years ago, the President’s government hardly has any major achievement to point to except that projects are underway that are yet to be completed. On the contrary however, corruption and arbitrary and illegal enrichment have become a household phenomenon characterizing the government and its associates. The fight against corruption has ground to a halt. The speaker of a legislative house leaves office and sells almost every state-owned property controlled by the house to himself at a giveaway price. Efforts to prosecute him and hold him accountable hit a brick wall with the sudden replacement of the anti-corruption officer by the President.

Strategies of checkmating eventual opponents that may impede the 2015 dream saw the President working to shortchange the Nigerian Governors’ Forum. The disastrous outcome did not help the President’s image. Similar gaffes and very many silly undertakings that almost made the President look like a novice in the game of politics have cost him a lot of capital in terms of political dignity and respectability.

On the contrary, a President who had visibly worked towards tackling the rot in the oil sector head-on (successfully or not), who was not busy setting traps for investigators to divert attention from the real issue, a President who had worked on massive road construction with strict guidance on the judicious execution of projects, etc. would have faced the challenges that the current President is facing only over the dead body of a united southern Nigeria and a large section of rational northerners.

Unfortunately, the self-righteous dispensation is all that the President is currently left with in the face of wasted opportunities invested in trusting the wrong friends on the wrong premise. Burgeoning crime, violence, poverty, blackouts, bad roads, cash shortage are now vices that are papered over by spin doctors.

Today, the ruling party is helplessly witnessing a mass exodus of its own stalwarts to the opposition in a move that will manifest a huge turbulence in the year 2014. No soothsayer is required to foresee an impeachment attempt coming the way of the President as soon as the opposition musters the necessary legislative majority.

The President’s dogged inclination to give a fight to the finish will obviously unfold in the impending National Conference that is most likely to end up in a resolution in favor of resource control and increased regional autonomy. It all remains to be seen however if the government will have the strength and resilience to push through with such a potentially volatile and consuming venture that may set the corporate destiny of the amalgamated patchwork in jeopardy. With the stakes so high and the odds turning against the President in terms of numbers and instruments an increasingly isolated and desperate President will be faced with two choices: Back down or fight to the finish! With current backing enjoyed by the President in the Southeast, there is a tendency to smell secession in the air. Given the reserved attitude towards secession in the west and the outright rejection of same by the north, the chances of a successful secession drops to a barest minimum.

If the rumors of the stockpiling of weapons and preparedness for the worst case are anything to go by however, the drama of the year 2014 may plunge Nigeria into a state of unprecedented chaos that may see another flurry of high level international diplomacy intervening in our internal affairs once again to secure calm in a regional powerhouse whose international image has strongly diminished in the last four years. Since the extreme option of an all-consuming civil war and desperate secession can truly not be expected to materialize, it remains to be seen who will rule Nigeria as from the year 2015. This is even exacerbated by the fact that major powerbrokers have all come of age and may in part, be performing the final patriotic acts of their lifetime. The scary imagination of their shoes being possibly filled by the current breed of amateur, materialist and power-hungry hobby politicians will make any sane mind pray for Nigeria to survive 2014 unscathed.

I wish everyone a happy new year no matter how bleak the political prospect may look!